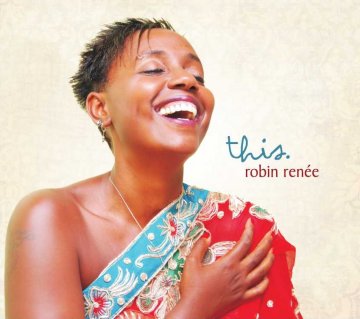 There are so many elements to releasing new music. My current chant/devotional CD is called This. – Today is a day to outreach to yoga studios, wellness centers, and other metaphysical businesses who may want to carry the CD in their venues.  Thought I’d post the general press release here.   You can hear some samples here: www.cdbaby.com/cd.robinrenee7. Drop me a line if you are interested!

Menage a Music (BMI)
P.O. Box 204
Atco, NJ 08004 USA
CONTACT: info@robinrenee.com
January 1, 2013
FOR IMMEDIATE RELEASE
This. – New Mantra Music from Robin Renée
Available now through iTunes, CD Baby, direct from Menage a Music,
at all live performances, and through many digital services.
File Under: World Music/World Folk/New Age
Menage a Music proudly announces the release of This.— the first full-length release by Mantra-Pop artist Robin Renée since the 2009 spirit.rocks.sexy compilation that brought together Renée’s fusion of alt-singer/songwriter lyricism and contemporary East-meets-West spirituality.
This. features call-and-response chanting, soulful voices, and a rich soundscape of organic instrumentation blended seamlessly with light, heart-opening electronic ambience. The bright “Keshava” and upbeat “Kali Ma Potluck Singalong” are favorites of Robin’s live kirtan chant events. Here, they join the traditional melody “Jaya Jaya Shiva Shambho,” the beautifully simple “Blessed Be, Namaste,” and three more tracks of energy-moving sound.
While Live Devotion (2007), her first recording dedicated wholly to sacred chant, was borne mainly of one inspired New York City recording session, the spark of inspiration for This. matured over time with the help of engineer, composer, producer, and multi-instrumentalist Jack Walker (heard on John Edward Cross Country) in his Bad Dog Digital studio in Wilmington, DE. Berklee College of Music grad and longtime Hawaii ashram resident Karttikeya handled drums and percussion, while Isitri Om Kati Brennan and Angela Cavallaro brought sound and spirit alive with dynamic backing and response vocals.  The result is a joyful, flowing recording for meditation, movement, deep listening, and singing along.
Robin Renée’s live performances run the gamut from rock to chant, all-acoustic to full-sound, and may flow seamlessly in between. She has shared the stage with some of the West’s best-loved kirtan singers including Krishna Das, Dave Stringer, and Girish.  Also a poet, artist, and writer, Robin’s work has appeared in Curve Magazine, Songwriter’s Market, PanGaia, Big Hammer #12, Blessed Bi Spirit – Bisexual People of Faith (Continuum Press), That Takes Ovaries – Bold Females and their Brazen Acts (Random House), and many other publications.
Earlier recordings include In Progress (2000) and All Six Senses (produced in 2002 by Scott Mathews who has worked with George Harrison, Elvis Costello, Barbra Streisand, and many more. A follow-up to This. planned for late 2013 to early 2014 will be .. and Everything Else, a modern rock/singer-songwriter release to continue the full-circle story of exploring consciousness in the midst of the stuff of everyday life.
For interviews and review copies, contact info@robinrenee.com. For booking inquiries, contact bookings@robinrenee.com.  For more information on Robin Renée and This., visit www.robinrenee.com.
###
← Journey to the World Does the Deck Make a Difference? →