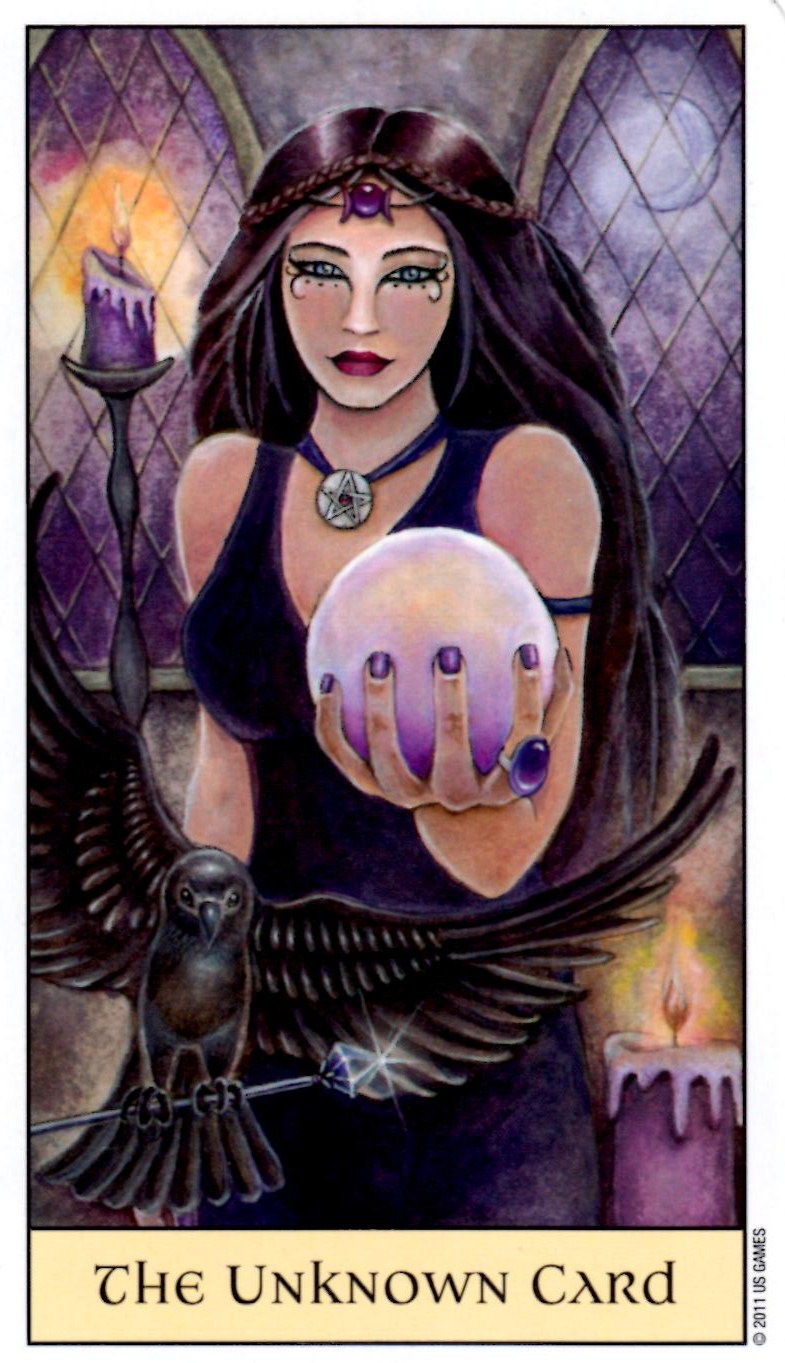 Even when tarot artists do not designate one of those cards as the Unknown Card, or Blank Card, many readers use them that way.

Some recently published well-loved decks, including Crystal Visions Tarot and Ghosts and Spirits Tarot. Included beautifully rendered Unknown Cards. We may call them “Blank Cards” but they are anything but blank.

On principle I do not approve of the introduction of a seventy-ninth card. I am afraid that when it comes to tarot I can be a crotchety schoolmarm.

“If you’d really learn all the possible meanings of the seventy-eight cards you would understand why you really don’t need an Unknown Card!” Picture me saying that in a scolding voice, shaking my finger.

The purpose of the Unknown Card, or Blank Card, is to say that the answer is unknowable at this time, or to say that one must patiently look within to find the answer.

Tarot cards such as the Moon, the Four of Swords or the Wheel of Fortune could easily give the same information.

Any tarot reader has the right to remove the Unknown Card from their deck before they read with it. So the question is why have I yet to remove mine?

I have been reading with Crystal Visions Tarot for a while now. When the Unknown Card comes up I draw another card to place next to it – but I do take the Unknown Card into account in my interpretation.

It is simply amazing when and where that card pops up. I don’t see it often, but when I do it has a very specific message. The Unknown Card speaks with a voice that is different from the other cards, and helpful.

I really don’t want to see tarot artists adding cards to the deck willy-nilly. To me the tarot is perfect exactly as it is. But I must say that in action the Unknown Card has so far served me well.

← The Major Arcana and Ostara Is There a Tarot Spread for That? →