What has tarot done for me? 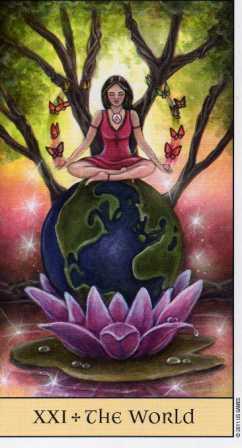 What has tarot done for me? ©

When I give someone a reading with my tarot cards, I am very much aware that I offer  possible answers or insight to their questions, and problems. I give them the ability to weigh options, and make decisions on the ideas presented, and ultimately make their own choice as to how to handle their situation.

Asking what tarot has done for me is a bit more complicated. To answer this, I need to go back many years ago to my childhood. My mother was one of five girls and one boy. One of her sisters read playing cards.  I never quite understood what this meant at the time. However, when I was going through a very troubling time in my life, my mother asked her to read for me.  I’m not sure why, but my aunt had given up reading the cards years earlier, and never told anyone the reason.  She made an exception to do the reading for me. That reading gave me hope that my problems would take care of themselves, and that I should not be consumed by them. I don’t really remember the problem, or the words she spoke, but I do remember it was very special that she read for me.

My mother, herself, was very intuitive and psychic, as was her only brother.  I remember one night in particular, when both she and my uncle, in separate houses, saw the same figure of a man walk through their bedroom and exited through the closed window to the outside. Sightings like this were common place discussions. Our houses always seemed to hold special energy, and it was an every day experience for doors to open, or strange (but not strange to us) happenings to occur.  My mother was the type of person who would dream of walking a desert, and wake with sand on her feet. Her dreams were remarkable predictions of future events.  We would start our morning by her telling us, “be careful today—I had a dream that—-.“ To this day, I shudder when I see the proliferation of dream books on the market, because that is one thing I share with my mother—my dreams are very predictive, intuitive, and active.  I believe that every person will dream specifically for their purpose and definition, and that cannot be found in any generalized book.

She began reading tea leaves and coffee grounds at one point during my life, but I can’t remember just when this started.  She did it intuitively, not by any books.  I feel the same about tea leaf reading books as I do about dream books.  Friends, co-workers, and relatives would come over to our house just to have their tea leaves read. Some did it for fun, some for the same reason we read tarot cards—for insight into their lives.  On occasion, I will look at my tea cup, or coffee grounds, especially, and pick out certain themes and images that I believe mean something to me, but I never developed the ability that my mom had.

As I said earlier, she was very psychic.  For a few years, we lived in Northern California.  While there, my little brother would play on the docks in the afternoon while we waited to pick up his father off the local Coast Guard boat. Sometimes he would go down there with his father, and climb on the pilings while he waited for his father to finish whatever reason took him there that day.  One day, in particular, our mother said he should not go—there was something brewing, and it was not safe for him to be there.  Later that evening, the now famous earthquake struck in Alaska, sending a tsunami down the California coast, demolishing the dock where the Coast Guard boat was moored.  Several other times, she would say the water was “hissing” and didn’t sound right, and that we shouldn’t go down near the ocean that day. Sure enough, an earthquake would happen, centered right off shore.

Many years later, after we came back to the East Coast, we both wanted to find a psychic, and went to a woman in a neighboring town.  This woman told us amazing things—things that would not happen in some cases for years, but they turned out to be so true. Much later, when everything seemed to be going wrong in my life, I wanted to once again go to this woman for a reading, but she had long since passed away.  In my search for guidance, I was somehow led to a tarot card reader. This reader, Christiana Gaudet, also gave me answers to my many questions, and insight into events I never considered would ever happen.

After going to her a few times, I learned that she also taught tarot. That caught my interest immediately. I talked a friend into attending one class with me (I always like having someone else to go places with), and that one class led to another, and another. All the years I wished I had acquired my mother’s talent, I realized that I had one of my own. I felt comfortable learning tarot. I felt it was meant for me to be a tarot card reader. I began reading for friends, and for the other members of our tarot circle. I was asked by Christiana to volunteer at an event she held every year at a local beach.  Frightened and nervous as I was, I did it.  To my amazement, I enjoyed reading, and the response from those receiving the readings. Can I say, I was hooked on tarot?  Well, yes, I was! It all seemed so natural to me. Today, I am proud to say that Christiana is not only my mentor, but a good friend.

So, back to my opening question of what has tarot done for me?  It may have taken many years in my life to realize the answer, but tarot opened up a whole new world for me. I feel a sense of satisfaction when reading, and when the client gives positive feedback, and tells me I hit the nail on the head with their problem. I feel that in one small way, I have helped someone else to possible find their way through their problems. I still have difficulty reading for myself,  partly because I am too close to the situation, but I know I can always rely on Christiana Gaudet, and others I have met in the tarot world, to set me on the right path. I have since become an endorsed reader on the Tarot Guild, and cannot tell you how many wonderful friends I have met through this guild, and on the internet. Yes, tarot has opened up my world. It has brought out the side of me that was hidden for many years—a side of me I didn’t know existed until I first picked up a deck of tarot cards. I feel free now to express who I am, what I am, and what I believe, even though some do not, or will not approve.  Tarot HAS set me FREE!

There is my answer—tarot opened my world, and opened my life! And that is what tarot has done for me.  I could not ask for more!

← Psychometry Letting Others Read With My Cards →