How Tarot Prepares us for New Things 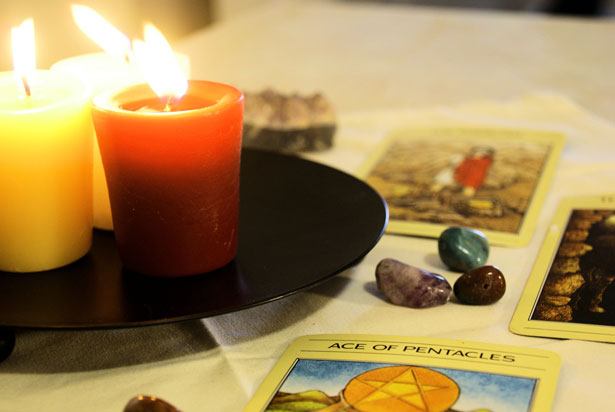 I just saw a post in a social media tarot group that asked a fascinating question; one I had thought about but had never put into words.

The question was essentially this. There are many tarot cards that predict and describe new things – the Aces, the Fool, The Magician, the Wheel of Fortune and Judgment, to name only a few. What these cards have in common is their reference to something new. But, the poster wanted to know, how are they different one from another?

Here are some of my thoughts about tarot cards that speak of new things.

The Fool: The Fool encourages us to leap into something new, even if we don’t have a clear picture of what the outcome will be. With the Fool we follow our instincts and our curiosity.

The Magician: The Magician advises a planned initiation into a particular art or science. The Magician shows the way to learning a new field and discovering one’s specific skill and talents.

The Empress: The Empress is pregnant. This card speaks of giving birth to something. The energy here is one of fertility and anticipation.

Death: Death speaks of a clear end of one thing, and therefore a transition to something new. This is the butterfly emerging from the cocoon, or the end of youth that comes when we assume adult responsibilities.

The Tower: In an intense and dramatic flash that which is built on a faulty foundation is rendered useless so something new can be built it its place.

Judgment: Judgment requires full and total closure to the (sometimes painful) past. Only then can we be open to something new.

Eight of Wands: The Eight of Wands can sometimes indicate an unknown change or new information that is coming swiftly.

Ace of Swords: The Ace of Swords is the birth, or essence, of Air. It is a new breath, a new idea, a new discovery, a new communication or a new truth learned.

Six of Swords: Traditionally, the Six of Swords is “sailing toward smoother waters,” so there can be a feeling of a new journey and new hope. The Six of Swords can also refer to a new tactic of problem-solving – honoring logic over emotion.

Ace of Pentacles: The Ace of Pentacles is the birth, or essence, of Earth. It can indicate new money, a new job, a new baby or a new home. With this card the new thing is generally something tangible or material.

Ace of Cups: The Ace of Cups is the birth, or essence, of Water. Archetypically it is the Holy Grail – a much-sought-after spiritual truth. The Ace of Cup is the open heart chakra. It can symbolize a new love or a new emotion. It can also symbolize the fullness of unconditional love.

Eight of Cups: The Eight of Cups can symbolize an abandonment. As we relinquish emotions that no longer serve us we are able to walk away from something, and therefore walk toward something else.

Depending on the context of the reading there are other cards that can bring in a new energy. The Pages may represent new communication or new learning, for instance. The Sun may discuss a new happiness. The World may indicate a completion of something, with the opportunity to begin something new.

That so many tarot cards indicate change and new beginnings is in itself a bit of wisdom from the cards. We must always be prepared to venture into new territory and welcome new things into our lives.

The constant renewal of life is the one thing that never changes.

← Reading Tarot for Children 9 Ways Tarot Readers Work against Themselves →