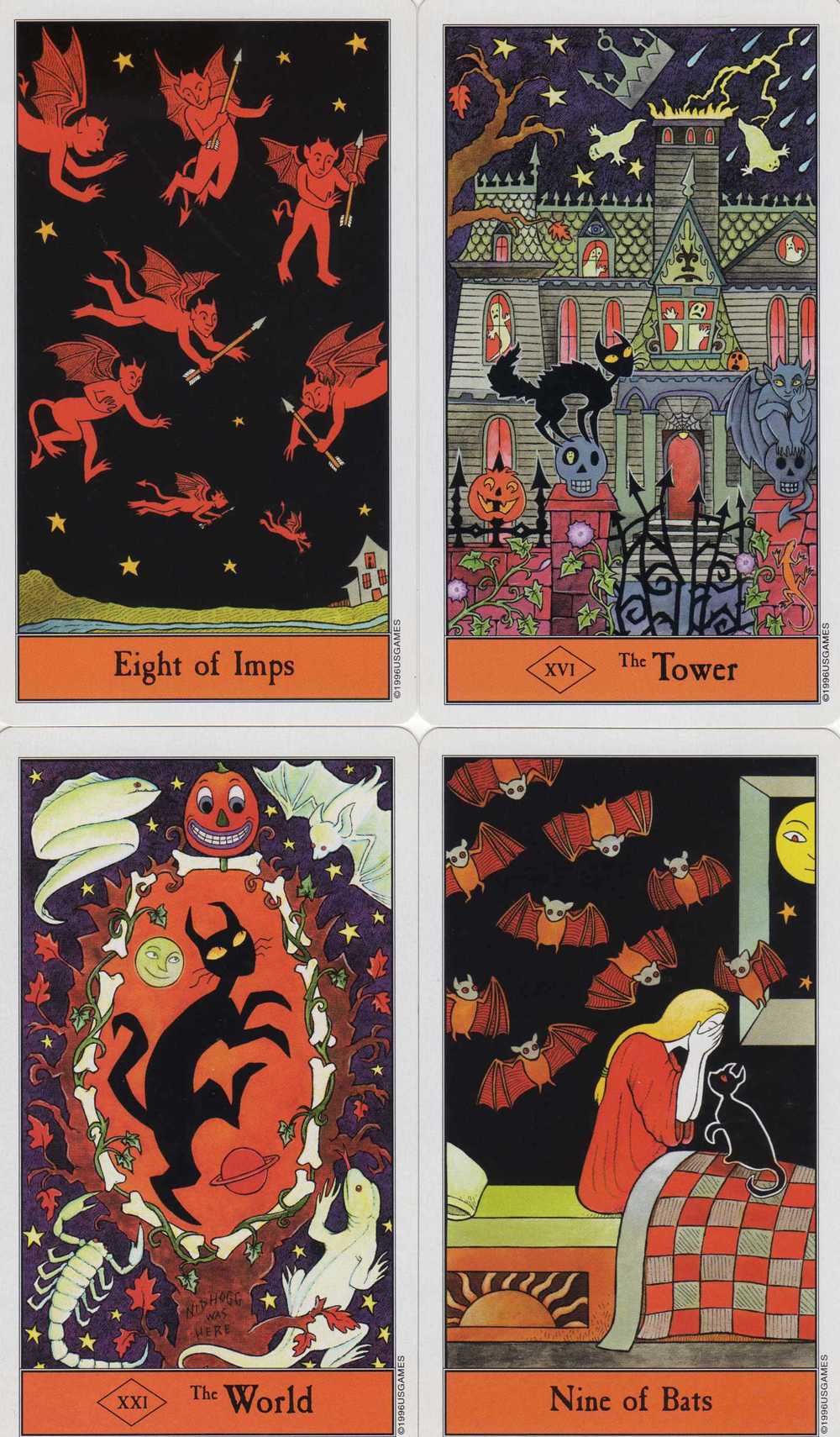 This is a magical time of year, as we approach Samhain, also known today as Halloween. Although I use it several times throughout the year, my favorite tarot deck to use between September 1 and some time into November is the Halloween deck by Kipling West.

This deck is traditional Rider Waite based, with a Halloween twist. Hearts are Pumpkins, Bats are Swords, Imps are Wands, and Ghosts are Cups. Every card has a little black cat incorporated into the image.

On the Six of Bats, the cat is front and center on the boat. My little black kitty also wants to be front and center in my home.  Just as the boat is moving into smoother waters, my kitty has led me to happier days after a rough time in my life.

On the Nine of Ghosts, the cat sits in complete contentment and happiness, just as the traditional card means the same.

On the Death card, the cat has an expression that appears to be announcing, “surprise, here I am!” We sometimes never quite know what to expect from the Death card.

The cat is pampered and loved by both the Queen of Pumpkins, and the Empress—both being cards of love and nurturing. Yes, I nurture my new kitty with much love and good care.

Sitting atop the Seven of Pumpkins, the cat recognizes all the hard work and effort that has been accomplished. My kitty is recognizing the love I have for her.

The Four of Bats, and the Nine of Bats, show the cat on top of the blanket, comforting the ill, depressed, person, and reassuring them all can be well again. My kitty has given me hope and happiness, and brought me from a dark place into the light again.

On the Tower, Five of Imps, and Three of Bats—all cards of strife, sorrow, sudden changes that can be frightening, the cat is shown in a typical “Halloween” cat pose—ridged, arched back, tail alert—frightened cat. The first two days were like that for my kitty. Who knows what she went through before she was rescued and came to me.

As mentioned above, the cat appears on every card—-or does it? Looking at the Eight of Imps, the cat is not to be found.  But wait—–look down in the lower right corner at the crooked little house.  In the uppermost window, there is the cat!