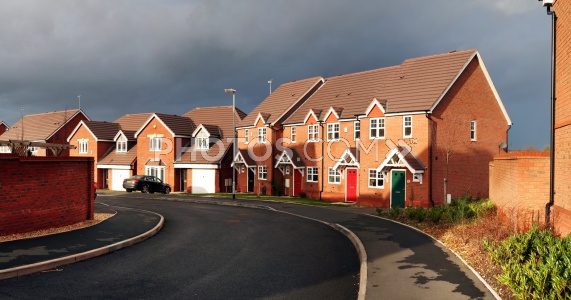 I live in the Township of Tarot, on the corner of Lifepath Lane and Major Arcana Drive.  The street is a large semi-circle gated community, consisting of 22 houses, beginning and ending at Lifepath Lane. The neighbors are, for the most part, very friendly, but can often be a bit strange. Living here has been a growing and learning experience like no other.

In the first house, to my right, lives a loner—a sort of Fool, who seems to only have the company of his faithful dog. They go for walks together every morning. Sometimes he stands looking up and down the street, wondering which direction to take. If he turns and walks past my house first, he might be venturing out into the great unknown. Always on his walking stick is a knapsack of supplies–everything he and his dog might need along the path.

I see on this day he has chosen to walk the circle of Major Arcana Drive, stopping to speak to the other residents who are out and about today. The first neighbor he encounters is a Magician–a talented man who always seems to have the right tools at his disposal for whatever project coming his way. Being a Magician, however, he can sometimes be devious and manipulative, so you must be alert and not be fooled by his tricks.

The next house is where the High Priestess of the neighborhood resides. She is a deeply spiritual, mysterious woman.  Many seek her out for answers and knowledge. She seems to have the key to the entire neighborhood—a sort of  “Dear Abby” type with  insight—always knowing what to advise. She also knows every secret of every other neighbor.

Following along, he comes to the house of the Empress.  She runs a daycare in her home,  surrounding herself with children–her own, and many others. She nurtures their souls by teaching them gardening and how to appreciate and respect the beauty of life ,as she takes them on nature walks.

Next door to the Empress is a man known as the Emperor. He is a strong, confident man–the rock of the neighborhood, who watches over and protects all with his firm convictions and intelligent decisions.

A Hierophant lives in the next house. He often preaches to the masses, and sets down rules he believes come from a higher power, expecting everyone to follow. Many of the neighbors do follow his guidelines, but many also have formed their own values. Neither group is right or wrong. It is all a matter of doing what feels right and works for each individual, with no harm to others.

Now we come to the home of the Lovers. What a pair! They have formed a bond so close that they act and feel as one. They are deeply committed to each other, but sometimes that bond is challenged by outside forces trying to separate them. When their love is strong and trusting, they can weather any storm together.

Cars and other vehicles litter the driveway and garage of the next resident.  Chariot likes to tinker with machinery. Everyone takes their cars to him for repairs.  If he cannot repair your car, he will suggest you purchase a new one.  However, his main occupation is motivational speaker.  He stresses in his workshops that you learn to have a firm grip on the reins of your life and continue to move forward. He sees life in black and white—you either move forward or fall behind–no middle ground.

The children on the street love the next neighbor.  Strength lives here with her pet lion. Her lion is her alter ego. She has learned to tame both the beast and herself when appropriate, but to exhibit a strong stand when necessary. Both are a perfect combination of gentleness and strength.

A lone Hermit lives in the next house. Most of the time he meditates and seeks answers to life within himself.  In the evening hours, you might see him atop a small hill overlooking the street, shining his lamp throughout the neighborhood, waiting to share his wisdom and insight with all who seek him out.

The Wheel of Fortune house, next in line, is always an active place. So much comes and goes there. The revolving door is always open for fun and games, but the Wheel also councils those who are down on their luck.  Wheel says everyone must keep rolling on through the ups and downs, as the universe is in constant motion.

Justice is the legal representative of the neighborhood. He practices law and fights for equality and fairness for all. He champions the belief in karma and stresses what you give, you will receive.

Being a yoga practitioner, the Hanged Man can usually be seen hanging by one foot from the old oak tree in his back yard, meditating and contemplating his next moves. He never makes a sudden, rash decision, but rather thinks them through and through before taking action.

Of course, the name alone of the next neighbor is enough to scare anyone from visiting his house. But Death is not such a bad person. Although he may sometimes welcome a gravely ill visitor, he mostly advocates burying the past and moving forward to a better life.  This poor guy is so often misunderstood.

Temperance is the next neighbor in line. He works part time as a bar tender. He loves to mix concoctions and blending dreams with reality. He preaches calmness and patience, and mediates neighborhood disturbances and arguments.

Devil has one of the more interesting houses on the street. He entertains many with bad habits—gamblers, alcoholics, drug and other addicts—when the other neighbors encounter one of his guests or visitors, they try to convince them to give up their bad habits, but it is not easy to get out from Devil’s control.

Unfortunately, the next house is in horrible condition.  The Tower has been struck by lightning so many times that it is constantly being rebuilt. Disaster after disaster has hit this house, and yet, each time, the occupants find the strength and will to rebuild. Some of their problems are of their own making, but they learn and move on.

The Star at the next house has a wishing well in her back yard. She connects the life flow between earth and the heavens to bring wishes and dreams to fruition. There is no separation between the earth and the sky–they are one in her world, blending together to keep our hopes and dreams alive.

Each month, the Moon’s house rotates from dark to light, seemingly on a schedule. Once a month (rarely twice), he lights up the entire neighborhood with his bright, full light. He is powerful, controlling the tides, the emotions, the very core of our existence. He can light our way through the darkness, but he can also be deceiving and untrustworthy. You need to always be aware of your surroundings and your emotions when out at night under the power of the Moon.

Wouldn’t you know that right next to the darkness of the Moon lives the Sun! Sun lights up our days with brightness and warmth. Sun keeps us happy and hopeful with her promise of love, light, and laughter. Sun is the ray of hope that follows the darkness in our lives.

Judgment is the last house before the corner opposite my house. One cannot walk the entire neighborhood without passing by judgment. Judgment knows everything you saw and did along your walk and reminds you that we will all eventually answer to a higher power for any wrongs we may have done.

And, finally, we come to the house at the top, opposite of where we started. This is the home of the World. This is the gateway to the vast, open road ahead, leading onto Lifepath Lane. Once you leave the confines of  Major Arcana Drive, you take with you all the lessons each neighbor has taught you. The World is not the end of your journey through the neighborhood, but rather the beginning of your next—the journey of life.

← Tarot in My Life: Watch your step when you “Dance with the Devil” Cards are Cardboard, Tarot is 3D →