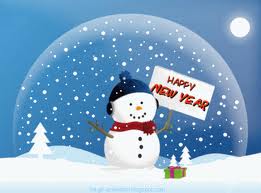 For anyone new to this group who might have missed this last year, I am re-posting the major arcana New Year’s Eve Party:

Tarot New Year’s Eve Party  © By Joanne Matthew
The Fool  has been throwing caution to the wind and drinking all night with the Devil pushing him to continue.  Death is making a list of everybody’s New Year resolutions so he can help them keep their promise of change in the coming months. For entertainment, the Magician is whipping up some of his magick. Everyone wishes they had his skills.
Hovering over everyone and trying to protect and take care of them is the Empress.  She sometimes over-nurtures the rest of the gang. The Emperor , being the intelligent, wise, and logical one, is having a good time, but keeping an eye on the group to be sure they don’t get too crazy.
The Hanged Man is suspended from the rafters, covered in mistletoe. Under the mistletoe, you’ll find the Lovers—of course—why wait for midnight when they can kiss all they want to under the mistletoe!
Over in the corner, the Heirophant  prays for their souls and hopes they all keep their faith and are not too reckless on this night. He needs to let his hair down and have some serious fun, but he can’t seem to let go of his strict rules.  Judgment  tells him that everyone is responsible for themselves.
Hermit is shining his light on the clock, waiting for the stroke of midnight, and pondering what the coming year will bring.
The Chariot is parked outside, waiting, in case the tipsy Tower collapses and needs to be taken to the hospital. Strength is hoping he stops celebrating before he crashes.
Temperance is the bartender for the evening—mixing drinks, not too strong, not too weak—just the right balance. The Star is over at the Wheel of Fortune, trying her luck, and wishing for a big win.
Overlooking the entire party is the High Priestess—only she knows the secrets of the coming year—whether the Sun will shine brightly, if Justice will prevail, and what lies ahead for all.
And then, as the Moon shines it’s light in the darkness, the clock strikes midnight. Emotional tears, cheers, hugs, and kisses abound.  Welcome to the World, 2014—-may you bring peace and love, good health and prosperity, and a rebirth of goodness to all.
Happy New Year from the Major Arcana!

← I saw three decks How I Made My Predictions this Year →