How I Made My Predictions this Year 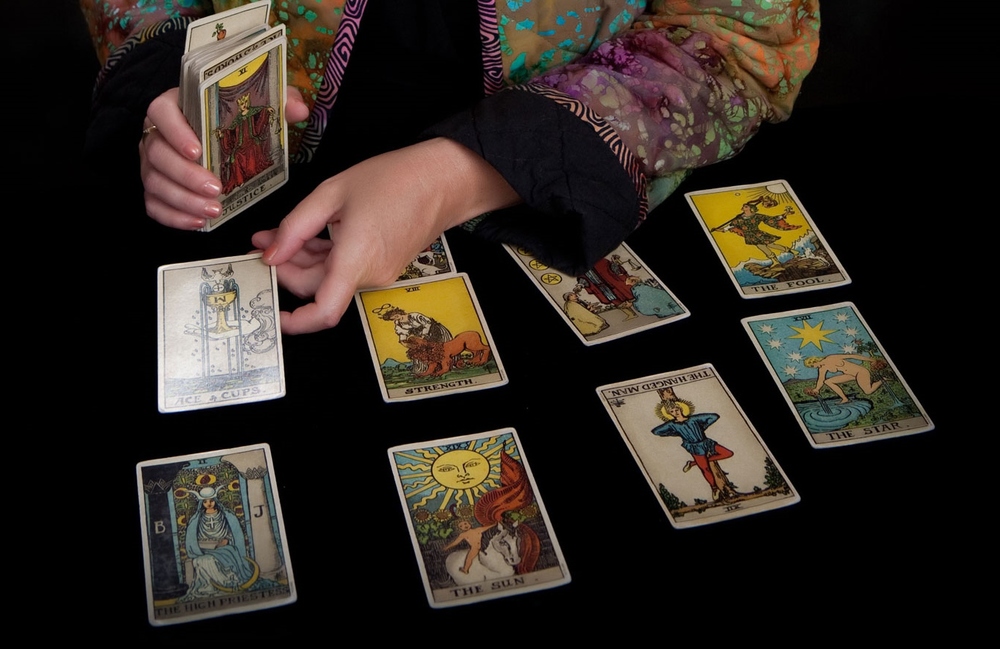 Here on the Community Blog I thought it might be interesting to share with my tarot friends my process for making these predictions, and the cards I received.

In meditation, I thought about what questions might be most important. I ask Spirit to guide me to the questions I needed to ask, just as I do in a regular tarot reading.

Below, you will see the questions I felt led to ask, the cards I pulled and some of my thoughts about them. Read the published predictions to see how the questions and cards turned into a New Year’s prediction for 2014.

How will history remember the 2014 Obama administration? Page of Pentacles Rx

The Page of Pentacles RX is immature and inexperienced.

How will the first year of the Affordable Care Act go? Three of Wands

How will the public perceive the success of the ACA? Six of Sword Rx

Hmmm, not so much!

What will happen during the House of Representatives elections?

Who will have House majority? Republicans: Queen of Wands Rx, Democrats:  Judgment

Judgment again! Dems take it, based on the strong opinions of voters. Interesting, in the deck I am using the Judgment card is called “Karma.”

What will happen in the Senate elections (33 seats)?  Seven of Pentacles Rx

Does the public feel the Senators do not work hard enough?

How will third party candidates do? Seven of Pentacles.

Will the Democrats retain control of the Senate? The Star Rx.  Six of Wands Rx

Will Obama’s approval rating (currently 40%) improve, decline or stay the same? The Wheel of Fortune

Anything can happen, but Obama may get a lucky break.

How will the Tea Party do? Ace of Pentacles Rx

Uh-oh! Someone may be out of a job!

Will there be support for a more bipartisan approach? Emperor

Emperor again! It looks as though our leaders will be interested in taking care of their responsibilities in a way that earns our respect! Agreeing to work together might accomplish that!

End of Marijuana Prohibition – What will happen in Colorado and Washington? Two of Wands

Planning for a nice future! Figuring out how it will all work.

Will any other states join them in 2014? The Emperor

Certainly politicians will at least begin the conversation!

What will happen with China? The High Priestess Rx

China may show disrespect to an American female official, or may suffer a human rights crisis.

How will U.S. – Sino relations be?  Six of Swords Rx

A stalemate, not moving forward, not finding common logic.

What about the Middle East? Five of Wands Rx

Continued struggle due to ideology, but not as bad as it could be.

What will happen in women’s fashion? Seven of Pentacles RX, High Priestess

There will be sometimes when clothes must be perfect, most of the time they shouldn’t require too much work or money.

What will happen with video games? Hermit

Genius at work, but not everyone knows him.

What about the theory that the world is shifting, that we are becoming more psychic and more aware? Four of Wands

Yes, but it is happening in a stable and planned way?

What about the idea that our society is crumbling?

Judgment – for the third time! A lot of people believe the world is in chaos. Because of where Judgment came up before I am thinking about this sentiment creating real changes in politics. I also feel, spiritually, that we must transform and be changed as a nation. This might not be easy, but it must happen.

Is now a time of change more than any other time in history, give or take? Knight of Swords

Yes, especially when it comes to science and communication – things that make the world smaller.

As I see it, the psychic process here happens in two ways – the choosing of the questions and the interpreting of the cards both offer room for Spirit to speak.

There is no one right way to do this sort of a reading – I do it differently each year. My results are usually pretty good.

The biggest challenge for me is that calendar years are so finite, and Spirit is so fluid! Timing is hard in any reading – but to say for sure that something will happen specifically in 2014 versus 2015 is a bit of a stretch sometimes.

My favorite thing about this process is the opportunity for the same card to come up multiple times. In this process we saw Judgment and the Emperor both having a strong showing. To me this speaks of the public holding the politicians accountable.