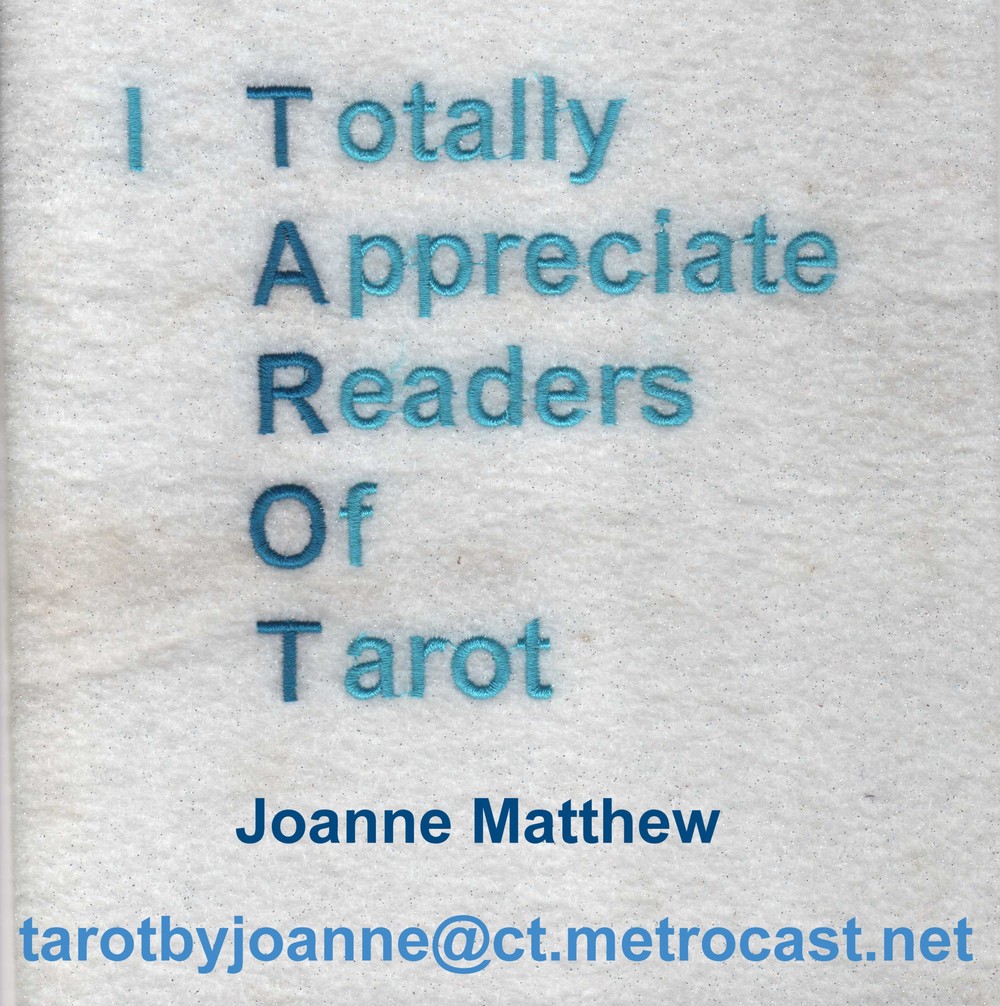 I have just finished listening to Christiana Gaudet’s March 2 Psychic Café program. Beth Henry and Tidal Miller were both interviewed about their youtube.com videos and how they each found their tarot voice. The subject of finding one’s tarot voice resonated with me, and I realized the journey I have taken to find my own.

When I first became interested in the idea that I, too, could learn tarot, I began taking classes with the tarot reader I had been seeing to get readings about my own life.  Coming from a psychic oriented family, I was familiar with tea leaf and coffee ground reading, dream interpretation, visions, and more. Although an aunt read playing cards many years ago, I was not really introduced to tarot until I sought out a psychic during a very difficult time in my life.  She became my teacher, my mentor, and my friend.

Since beginning the classes, I bought every book I was drawn to, as well as several tarot decks. My deck collection is divided into categories: those I easily relate to for readings, those I appreciate for their beautiful artwork, and those that are just quirky and fun to use.

But, when did I actually find my tarot voice? My first public reading was at an exchange of two groups one summer evening at a local beach. Each group exchanged their talents with the other group. I was nervous, scared, and somewhat unsure of myself. Once I began the first reading, it seemed to flow, and I felt very comfortable. Later, I went on to volunteer at other exchanges and charity events my mentor held, including the beach event again. However, I do not believe that is when I found my tarot voice.

I believe that after several years of reading, I have just recently found my true tarot voice. My mentor had taught me so much about tarot, and about myself. I realized each reader is different. Every card, no matter how much they appear to be alike, is different. Every style of interpretation is different, and everyone’s intuition in unique to that person.

So, my true tarot voice has come from standing by my readings. If they go against the grain, and I have the only odd reading in a group, so be it. Deep in my heart, and in my intuition, I tell what I see and what I feel. Disagree with me if you must, but respect me for my opinion, just as I respect you for yours. My true tarot voice is my true self, and I will never waiver from my own beliefs.

← The Closed (Tarot) Mind Strength: The Risk of Love →