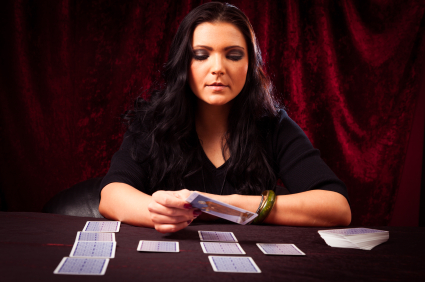 In tarot, a card is considered “reversed” if it appears in a tarot spread upside down. Not ever tarot deck, tarot tradition or tarot reader honors reversals.

For me, reversals add a great deal more nuance and texture to a reading. I encourage my students to pay attention to reversals and consider them in their interpretations.

Some readers choose not to honor reversals because the practice just doesn’t resonate for them. That’s fine. Part of becoming a great tarot reader is to figure out what really works and doesn’t work for you.

I suspect that a lot of tarot students would prefer to take advantage of the extra information reversals can give them, but have a hard time with the actual interpretations.

Some readers, and teachers, have a hard-and-fast approach to reversals, claiming that reversals will always denote a specific thing. In my experience this has not been true.

Some readers and teachers believe that reversals are always negative, or always an opposite, of the card’s original energy. For me, there is no “always” when it comes to reversals.

I find that reversals are most helpful when we give them some wiggle remove.  Rather than saying that a reversal will always be a particular thing, it is better to say that a reversal changes the energy of the card in some way.

Here are five ways a reversal can affect the interpretation of a card.

The next time you see a reversed card in your tarot spread, consider which of these possibilities might bring more clarity to your reading.