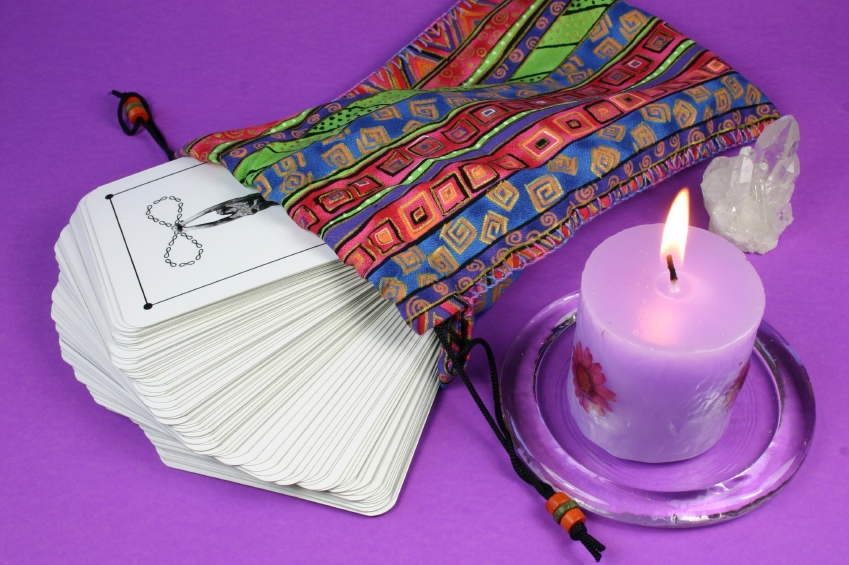 Tarot is constantly evolving and growing.

There are those who worry that the older, foundational traditions, symbolism and meanings will get lost over time in the shuffle.

There will always need to be people who preserve the ancient, as well as people who move an art form forward, pushing it to new limits.

Yesterday I had a conversation with someone about a particular tarot card. In a very learned tone, using the works of very early tarotists to back up his point, he gave an interpretation of the card that was completely different from any tradition I had ever heard.

He presented his concept to a group as if we were all behind the times for not knowing the concept. After some probing, it turns out that the concept is his own original idea, and so far, unpublished.

I think it is great that we explore new concepts in tarot. At the same time, I think presenting our own original work as a time-honored tradition is disingenuous.

I also think it is important to keep some connection to what has come before; the practices on which our traditions are built.

Many modern tarotists have brought a great deal of evolution to tarot, even in our lifetimes.

Eden Gray brought us the concept of “The Fool’s Journey,” and the idea that anyone could learn to operate a tarot deck.

Mary Greer and Rachel Pollack, in a very real way, evolved the practice of tarot reading into what it is today.

Ffiona Morgan, Karen Vogel, and Vicki Noble gave us the concept of feminist tarot, and, with it, the idea that the tarot archetypes could work with specific cultural themes.

Kris Waldherr and Lisa Hunt were amongst the artists that first took that concept further, in developing what I call “archetypal assignment” tarot decks.

In more recent years, we have seen the advent of new, creative tarot tools, such as games, and decks of cards to be used to design dynamic tarot spreads.

The internet offers us all an equal platform for sharing our ideas and innovations.

We all have the opportunity to bring something to the table.

What will you bring?

← A Blue Jay's Peace Interpret a Dream with Tarot →