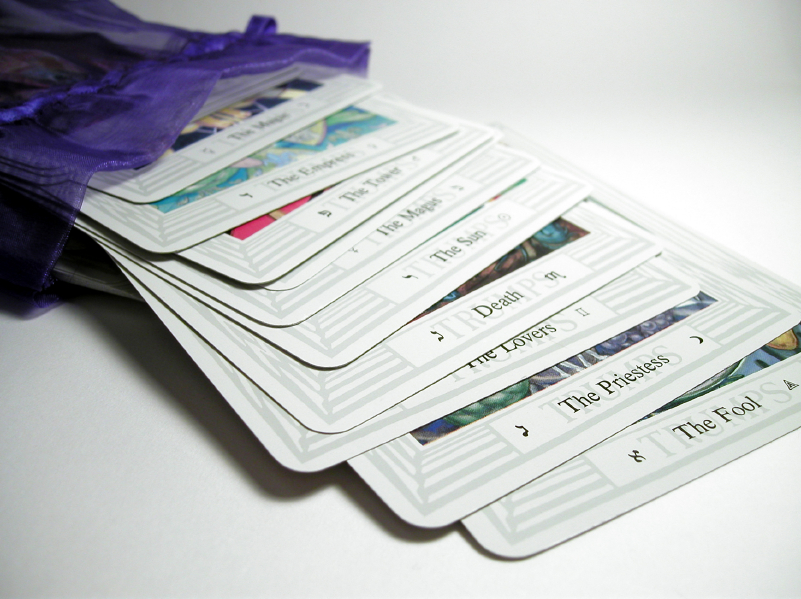 Modern tarot creators enjoy stretching tarot to fit every possible theme and worldview. That’s a good thing. Tarot’s ability to speak universally, using the imagery of so many cultures, is part of its awesome power.

I believe it is the strength and power of the tarot archetypes that allow tarot this much flexibility. Unfortunately, it is possible to stretch a card so far beyond its archetype that you lose the archetype entirely.

We are all aware of the trend to rename some of the more difficult Major Arcana cards. Death becomes Transition; the Devil becomes Materialism, and so on. We often discuss this trend in terms of the dark cards, the Tower, the Devil and Death.

Another Major Arcana card that often receives this same treatment at the hands of deck creators is the Hierophant. Weirdly, there is generally very little protest when a well-intentioned modern deck mangles this particular archetype.

I think deck creators’ tendency to mangle the Hierophant, and our tendency to put up with it, comes from two factors. First is the way most tarotists seem to feel about Hierophant energy. We don’t like rules and structure. We fear the religious hierophants in our own community who discriminate against us and disrespect us. Of course, we don’t want any of them in our tarot decks!

The second factor is that we seem to lack a basic understanding of the Hierophant. Because we don’t understand him, we don’t see his value along the Fool’s Journey.

I can think of three well-loved tarot decks that, in my opinion, really get the Hierophant wrong.

The first and oldest is Motherpeace, my second-ever tarot deck. In Motherpeace, the Hierophant is a man wearing false breasts, pretending to be a woman. Clearly, sensitivity toward the transgender community was not on the minds of these deck designers when they were creating the then-definitive feminist tarot of the 1980s.

The idea behind this vision of the Hierophant is that the matriarchy is the keeper of true spiritual authority. By pretending to be a woman, the Hierophant is trying to claim an authority that is not his. Trust me, this played better in the 1980s than it does now.

Modern spiritual decks with Pagan and New Age themes often try to “fix” the Hierophant. Tarot of Transformation renamed him “Spiritual Leaders” and used the key phrase “Taking the Hierophant off the Pedestal.” Chrysalis Tarot calls the Hierophant the “Divine Child” and says this in its LBW (Little White Book) to justify the change.

“Most tarot decks title this card the Hierophant, a religious authority figure. In Chrysalis Tarot, the task of spiritual growth is an individual responsibility that requires an open mind and critical thinking.”

To me, this kind of thinking shows an incomplete understanding of the Hierophant and of tarot in general. When we fail to embrace the Hierophant, and all the archetypes of tarot, we become unable to gain the knowledge, wisdom, insight and divinatory intelligence that tarot can provide.

Five hundred years ago, the Hierophant was the Pope. That’s why we see him as a religious authority. When we consider the position held by the Roman Catholic Church in Italy at the time of tarot’s emergence, we understand that the Pope was not just a religious authority, he was the ultimate authority.

Today, the Hierophant speaks to authority in relevant and important ways. To remove the Hierophant’s authority, as the three decks I mentioned have done, removes an important piece of the tarot puzzle, and risks making tarot less effective.

In a reading, the Hierophant can represent the rules and the authority of any “church.” That can be the “church” of medicine, law, or governance, of corporate, educational or military structure or spiritual doctrine.

When we need to submit ourselves to the church of medicine for surgery, we need the Hierophant, a surgeon who knows every piece of the doctrine, rather than a Divine Child who wants us to figure it out ourselves.

When we earn an academic honor, we have become expert in the doctrine of the Hierophant, not the introspection of a Divine Child.

When we understand and portray tarot in a limited way, we limit the power of tarot. Right now, we seem to be inclined to limit the powers of the Hierophant.

When we examine the way our culture processes a tarot card, we understand something about our culture. At a time of corrupt governments, disenfranchised citizenry and economic disparity, none of us like the Hierophant energy very much.

The answer, though, is not to engage in navel-gazing and withdrawn self-discovery. The answer is to earn your own authority, and wield it wisely. That’s the way to change the authoritarian structures of the hierophants that don’t serve us.  At the same time, when you need an authority – a doctor, a lawyer, a priest, you really can’t accept any substitutes.

Our discomfort with the Hierophant is understandable. However, when we remove the Hierophant from tarot we miss the opportunity to explore the dichotomy of this specific energy. When does honoring tradition build our community, and when does it oppress us? When do we need the authority of a body of knowledge, and when is it best to trust or inner guidance?

True enlightenment comes from both studied knowledge and intuitive wisdom. The Hierophant is an important part of that journey. Through studying difficult tarot images, and seeing the ways in which they speak in readings, we learn about ourselves, and our society. The tarot archetype of the Hierophant is complex, and irreplaceable.

← Aces, Tens and the Court: Tarot Exercises to Find your Path Be an Ambassador for Tarot →