When is Spiritual Healing Appropriate? 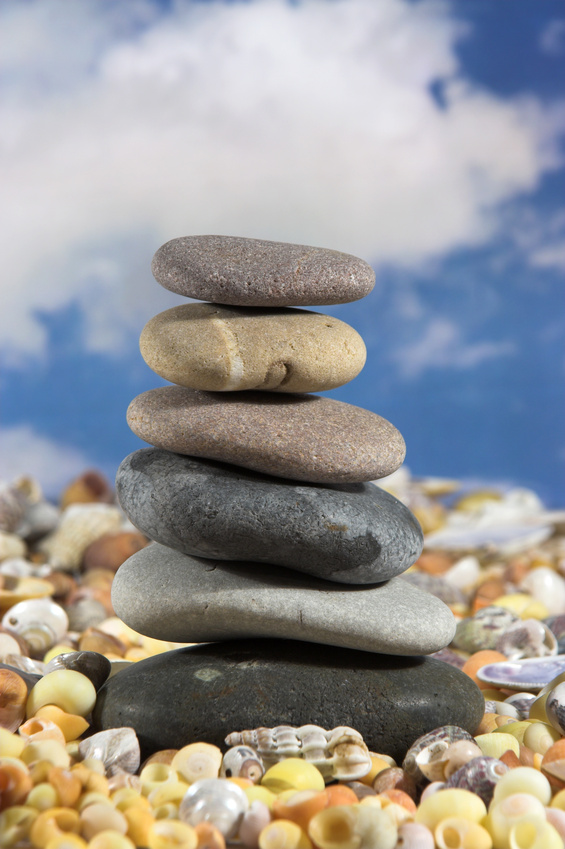 I often say that there is a thin line between psychic and psychotic. I mean it as a joke, but there is some truth there, too.

Everyone is a little bit dysfunctional, right? And, to be honest, pretty much everyone suffers from depression, anxiety or some other emotional or mental illness at one point or another.

I have long believed that if our Western society were more open to understanding the psychic and spiritual influences around us we would all be much healthier. If we taught our children to meditate and to understand their chakras and communicate with the spirits around them we would have fewer teenagers in psychiatric wards.

But none of us exists in a vacuum. We Americans exist in a greater society that doesn’t place a high priority on psychic development; a society that limits spiritual development to an hour a week in church. That same society has a very narrow definition of what is “normal.”

Often I get questions from people about spiritual ways to combat mental and emotional illness. Some people feel that their illness, or the illness of a family member, is caused by a spiritual problem, or even a specific entity that has attached itself to the unfortunate person.

Some “professionals” make a lot of money by offering to remove entities from the afflicted. There are even Biblical references to this phenomenon, such as Jesus casting out demons.

Can spirits cause mental illness? In Tibetan Buddhism they can, and they are treated by legitimate doctors who understand the different causes of illness, including physical, emotional and spiritual.

In Catholicism, the few documented cases of spirit possession neither cause nor coexist with mental or emotional illness.

Here in the United States, most people feel that mental and emotional illnesses are caused by a number of factors, including genetics, trauma, and organic brain dysfunction.

I have been doing psychic work long enough to know that anything is possible. But I also know that we have to work within our current cultural environment, no matter how dysfunctional it in itself may be.

I also know that part of mental illness (whatever has caused it) can include a basic disconnection from reality.

But what is reality? Aren’t spirits real? Isn’t energy healing real? In my opinion – they are.

Sometimes, though, I think it is dangerous for Westerners to try to “treat” psychiatric conditions by spiritual means. I have seen meditation cure anxiety. I have used tarot cards to heal depression. I have seen Reiki fix any number of maladies. I have personally performed “house cleansings” that have made a huge difference for the people who live there.

But I will be the first in line to make this strong statement – and I know many people will disagree with me on this, but here goes.

Not everyone is a good candidate for spiritual forms of healing, especially when it comes to psychiatric disorders.

There are many psychic professionals who would never say this, and who don’t want you to believe this, because they would rather charge you hundreds of dollars to “heal” you or your loved one.

There are many clients who don’t want to hear this because they don’t want to see the true cause of their problems and would rather blame a “spirit” or a “curse” than have to acknowledge their own need to make difficult change.

How can we reconcile the more holistic spiritual philosophies with the Western ones that are more prevalent and considered “reality” for those of us who live in the West?

I think even the Tibetan Buddhists would agree that a spirit can’t enter a person without their permission. Perhaps here in the West we are trying to treat the part of the person that gave permission to the spirit, rather than trying to directly remove the spirit. That may or may not be the easiest way, but here in the West, it is the way that syncs best with our our cultural reality.

The important question is this. How do we know which person is a good candidate for spiritual healing?

In my opinion, the answer is one simple word: grounding. Is the person who needs healing grounded in reality? For instance, could they tell the difference between the voice of their intuition and voices that tell them to hurt themselves or others? Can they understand their own responsibilities in their search for personal healing? Are their spiritual beliefs based on imaginings, a need for attention, fears and superstitions, or are their beliefs based on study, meditation and true personal conviction? Are they willing to make personal changes to enhance their well-being, or are they more interested in being the victim? Are they truly ready to heal, or do they glorify in their illness?

Make the person worse? How could that be? Well, if the person who needs healing comes to believe that their malady is caused by something outside of themselves it relieves them from their responsibility to their own healing.

Spiritual healing, be it through tarot cards, energy work, angelic healing, prayer or any other means can be profoundly helpful -even miraculous – especially as an adjunct to medical attention. But, unless the person in need has the awareness and ability to do some of the work of healing themselves, very little can be accomplished.

The old piece of Hermetic wisdom “As Above, So Below” is true in this context, as it is in so many others.

What happens on the spiritual level must also happen on the mundane level. Without that, and without the ability to understand that, no healing can occur.

I am blessed to be a healer in my work as a tarot professional. I am grateful every day that I am able to make a difference in someone’s life. At the end, though, there is an important distinction to be made. I can be a source of healing energy, healing information and healing direction. You can use what I give you to heal yourself. A person who is grounded enough to understand that distinction will benefit from what I am able to do, and what other ethical professionals are able to do.

On the other side of that distinction exist the ego and greed of unethical professionals, and the fear, superstition, irresponsibility and serious illness of those who are not yet ready to heal. Sadly, sometimes those folks will respond better to medication than to meditation, at least for now.