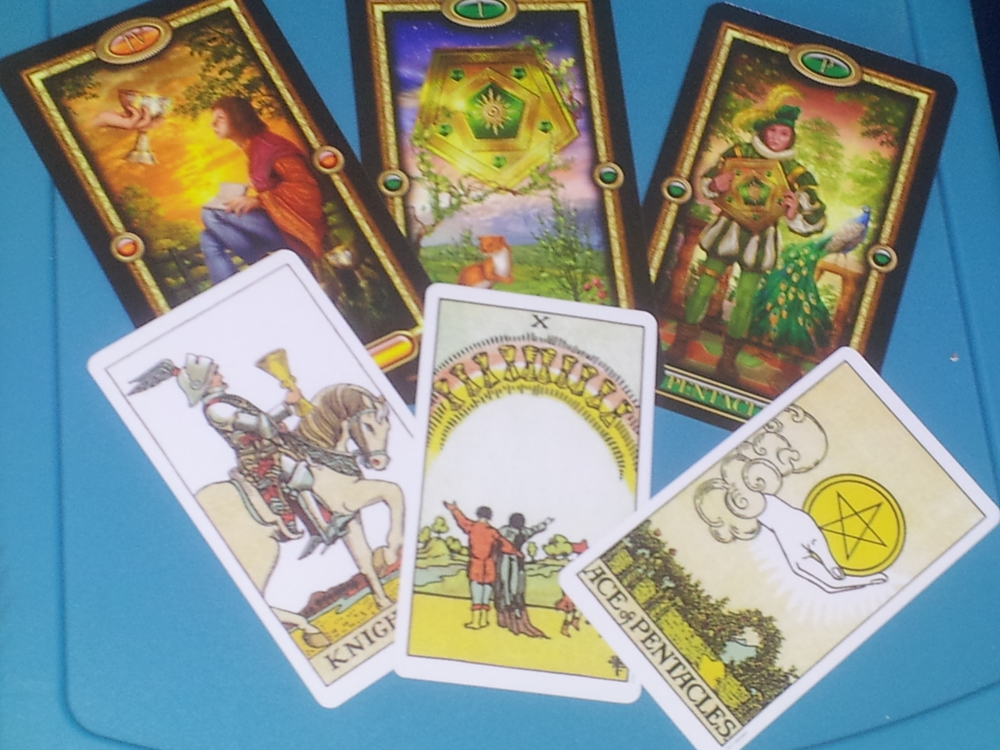 People often ask me about my favorite tarot decks. The truth is, if it is a tarot deck I am likely to love it, no matter what. I love tarot unconditionally.

But, if you ask me which are my favorite reading decks, that’s a different story. The list of decks I like to use for professional reading is actually quite short.

Want to see them? Here they are.

The Rider Waite Smith
There are actually numerous versions of the Waite deck that are acceptable to me, including the Universal Waite, the Original Rider Waite and the Pamela Colman Smith Commemorative edition. Try them all.

Hanson-Roberts
I have a friend who calls this the “Campbell’s Soup Kids Tarot” because the people are sort of roly-poly and cheerful. Still, it’s a lovely and useful tarot deck.

Morgan-Greer
This is like the Rider Waite Smith, but a bit cooler and sexier.

Robin Wood Tarot
If you are a Pagan who works with the Rider Waite Smith, try this instead.

Crystal Visions Tarot
This is the new kid on the block for me. Crystal Visions is a modern fantasy deck that is absolutely understandable and loveable.

Gilded Tarot
Ciro Marchetti is one of the greatest tarot artists of all time. His Gilded Royale is amazing, but the original Gilded is pretty great, too.

There are plenty of other decks that I have and will read with professionally from time to time. But, so far, these are the decks I depend on without question and without fail.

← A Better World The Modern Face of Tarot: Predictions, Healing and Divination →