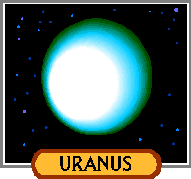 I’m not much of an astrologer, but I always try to pay attention to synchronicity. And astrology is all about synchronicity, isn’t it?

Recently in a Facebook tarot group a member asked about elemental associations for the Fool. I chimed in explaining that the Fool is associated with the element of Air and the planet Uranus.

Last night my guest on Christiana’s Psychic Café was astrologer Jim Cummins. I asked him what the heck is going on with the planet. Jim explained it quite succinctly.

Apparently the planet-wide turmoil can be explained in a way that helps us see our own difficulties here in the United States through a larger lens. And, it has to do with Uranus!

From what I understood from Jim, Uranus and Pluto are influencing our planet in a way they have not since the early 1930s. This has been the case since 2010 and will continue until 2015.

Since Uranus is about the awakening of the individual and Pluto is about authoritarian control it is no wonder we are seeing problems between the desires of individuals versus the desires of governmental and corporate organizations all over the world.

Jim discussed this at some length from an economic perspective, a cultural perspective and a political perspective. If you didn’t catch the show last night, or if you would like to see it again, you can watch it in archive.

From a tarot perspective the Uranus is the Fool and Pluto is Judgment.

I love the idea of Uranus being the awakening individual. While not all the astrological associations in tarot resonate for me, the Fool as Uranus certainly does.

Uranus is deviant, individualistic and beginning a journey of awakening – that’s a perfect fit for the Fool. Uranus is curious, interested in scientific discovery and non-speech communication. Again, how Fool-ish is that?

In the Minor Arcana of tarot the suit of Air is typically Swords. The Swords cards are often rather gruesome and can be associated with sorrow, sadness and difficulties. This is such an interesting contrast with the Air energy of the merry Fool.

Air, the element of the mind, always gives us a choice in how we perceive things; even very difficult things. We can choose to be Fool-like and enjoy the adventure or we can choose to be dire like the Ten of Swords. The difference is easy to see.

Air is about powers of the mind. That includes integrity and communication, curiosity and discovery, intellect and reason. The Fool is in his integrity and unconcerned with worry or misunderstanding. The Ten of Swords shows the result of dishonesty, worry and unkind words.

We can use this comparison to help us choose the way we will face and perceive the troubles on our planet. Will we embrace the journey as the Fool does, or will we be overwhelmed by it, like the Ten of Swords? Air is about perspective and perception, too.

It doesn’t take a rocket scientist, an astrologer or a tarotist to see that our world really is a mess – worse than usual. I’m comforted by the idea that our struggles as a planet are necessary, as they are reflected and foretold by the stars.

I’m also comforted that our struggles reflect the awakening of the individual. As each of us becomes aware of our own Fool’s journey, as each of us finds the courage to truly be who we are and to truly challenge the monolithic authorities, we may create a new world for ourselves.  Surely that world must rise from the ashes of something lost, and that will be painful. But clearly this change is already on its way.

Judgment, as the card of Pluto, reminds us of the power of rebirth. Perhaps the struggles of our time are simply the birth pains of something new and better on the planet.

It’s clear to me that the Universe wants me to pay attention and learn from Uranus right now. Uranus tells me to honor my inner Fool and proceed on the journey with joy, awakening to a greater level of truth and understanding.  I must do this even as the old structures are crashing down around us.

I opened the show last night by pulling one card at random. I usually do this as a “card of the week.” The card I pulled last night was the Tower reversed. What an apt card for a discussion of the present and immediate future of our nation and our planet. The reversal does lessen the pain a bit, but the Tower still reminds us of a simple truth.

That which is built on a faulty foundation cannot stand forever.  Uranus teaches me to be curious about what might happen next.