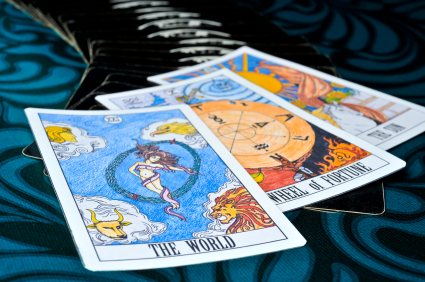 This past Sunday, I was honored to be a presenter at the “Something for Everyone” Library Open House at the Jimmie B. Keel Regional Library. I, along with experts on a variety of topics, presented a fifteen minute talk.  My talk was entitled, “The History of the Tarot.”

Just how much can you say about tarot in fifteen minutes? Actually, quite a lot.

Here’s some of what I covered.

If you had only fifteen minutes to talk about 500 years of tarot, what would you say?

← Tarot, Psychic Addiction and Emotional Illness: The Balance Between Free Will and Fate Beltaine Tarot Blog Hop: A Union of Opposites →