Tarot and the Woman Alone 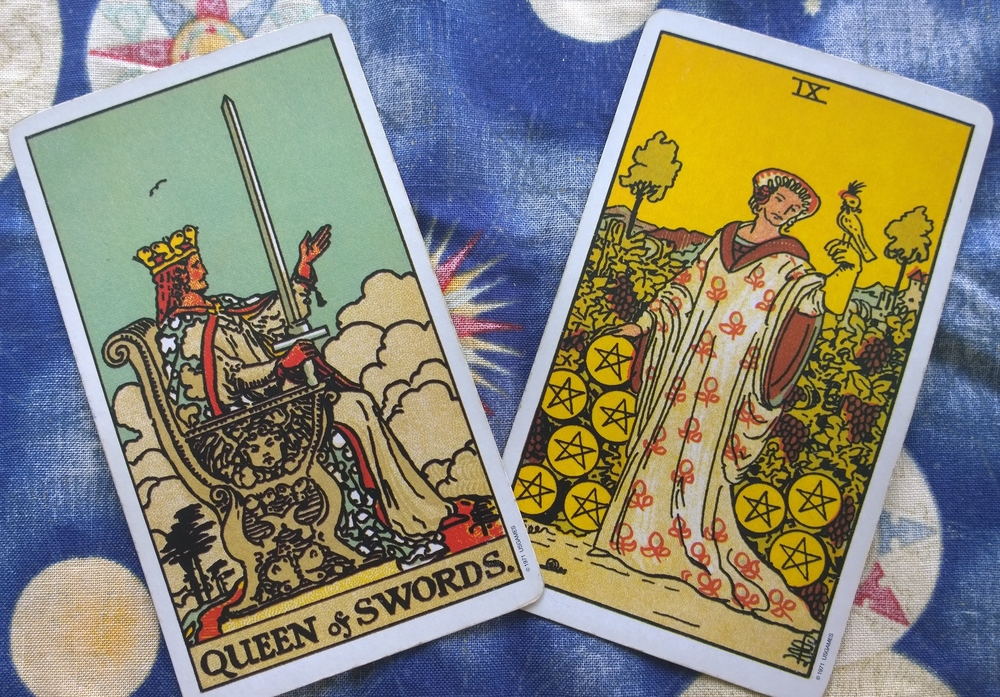 I notice that a lot of tarot readers and clients are female. Often we use the cards to find our power and strength as women.
The irony is this. Tarot, as a device that emerged from Renaissance Italy, is, by its very nature, not feminist. Tarot is also not inclusive in many other ways.

And yet, tarot is totally inclusive and totally without prejudice in the way it operates. Tarot speaks to all of us, if we let it.

To make tarot more inclusive, modern tarot artists and authors have produced decks that show people of various ages, ethnicities and sizes. The Court cards are often redefined to be less patriarchal. Some of the classic-but-misogynistic interpretations of certain cards are falling out of favor with modern tarotists. Those old-fashioned interpretations are being replaced with interpretations that regard powerful, truthful women as positive and helpful rather than negative and dangerous.

The thing is, every tool, every text and every artwork is a product of its times, no matter how sacred and meaningful it might be. As we grow and evolve, we have to find a way to allow our sacred tools to grow with us. Tarot never seems to have a problem doing that.

Women, and feminine energy, are portrayed in tarot in many different ways. Today I am thinking about two Minor Arcana cards that traditionally indicate “a woman alone.” It’s interesting to think about how our feelings about women’s relationships and behaviors have changed in the 500 years of tarot’s existence.

Historically, the Queen of Swords is unfortunate, sad, or ill-tempered. One wonders which came first, her poor temperament or her single status.

Today, the Queen of Swords can be a business leader, a trustworthy companion, a teacher, writer or student, or the friend who will indeed tell you that you dress makes your butt look huge.

Truly, the essence of the card itself has not changed. Our ability to value the intelligence of a woman has.

The second “woman alone” card is the Nine of Pentacles. Key words for this card often include “security” and “inheritance.” What we see in the RWS (Rider Waite Smith) image is a woman whose security and autonomy comes from the protection of her father. Here, there is family money. She remains alone in her garden unmolested because she enjoys the privilege of wealth and position.

Over time, it seems the energy around these two cards has changed, just as our perception of women has changed.
In their traditional archetypes, each card might be seen as expressing a certain level of misogyny.

The Queen of Swords is undesirable because she speaks her truth, and in her undesirability she is unhappy and unenviable.

The Nine of Pentacles is secure not because of her own strength, but because of the male protection afforded her.

While the archetypes in tarot remain fixed, our attitudes about those archetypes change. In many ways, tarot becomes not just a mirror of the self, but also a reflection of our changing society.

← A Vision Realized: A Review of Oracle of Visions The Fortune Teller is Here →