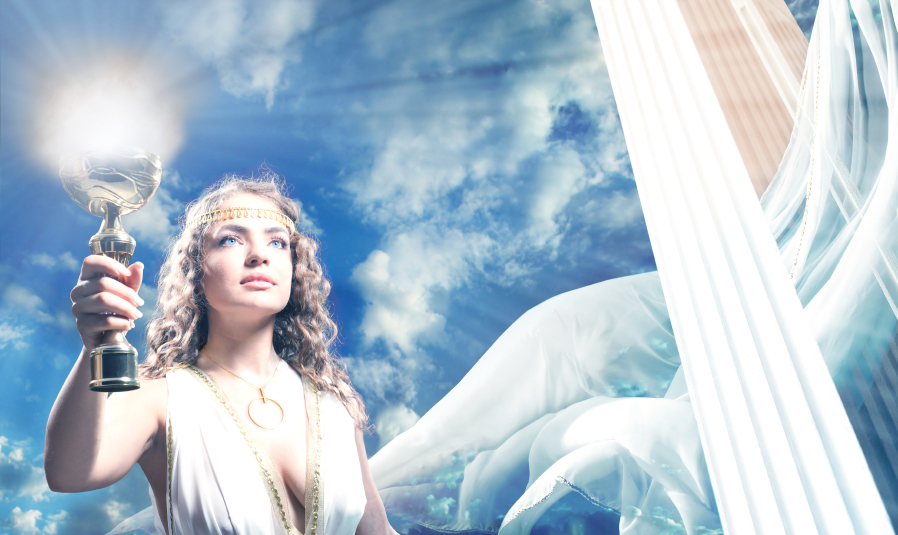 The word “oracle” is common jargon in the psychic and divination community.

I’ve long suspected that we don’t always understand the word, or use it correctly.

Some divination decks are appropriately titled with the name “oracle,” such as Ciro Marchetti’s fabulous “Oracle of Visions.”

Some people use the term “oracle” to denote specifically non-tarot decks of divination. This works to help us separate tarot from non-tarot card decks, but it mistakenly implies that tarot is not oracular.

Some psychic professionals clarify that the readings they perform are oracular in nature, meaning that they use cards, or some other tool of divination. This is an erroneous use of the term.

“Oracle” is not synonymous with “random token divination” or “cartomancy,” or “non-tarot divination deck.”

While slang and word usage change all the time, I don’t believe the meaning of the word “oracle” has changed. I think it is just misunderstood and misused, often by we oracles ourselves.

I think we oracles would be well served to learn the meaning of the word, and use it correctly.

The word “oracle” is a brilliant gift, and has no real substitute in the English language. The word “oracle” comes from a time and place when oracles were valued, perhaps more than we are today.

According to Merriam-Webster, an oracle is a person through whom a god is believed to speak, or a shrine in which a deity reveals hidden knowledge.

An oracle is also the answer or message that is given by the oracle.

A reading itself is an oracle. Each and every reading is “oracular” in nature, regardless of the tools or methods used.

The reader, his or herself, is an oracle.

The sacred place where people go to receive readings can be called an oracle, although usually is not. That’s probably good. I don’t want to refer to my office as an oracle. Although, hey, maybe that would be cool! I’ll give that one some more thought.

According to Dictionary.com, an oracle can also be “the agency or medium giving such responses.”

I think this is how tools of divination, such as cards, might have become known as “oracles.” A tarot deck, or other device, is certainly an agency or medium giving responses, and therefore, an oracle.

An oracle is a shrine, temple or house of prayer where divine message are given.

An oracle is a person who gives divine messages.

An oracle is the medium used to receive divine messages, whether that is a tarot deck, a non-tarot deck, a Lenormand deck, or a cup of tea leaves.

An oracle is the divine message itself.

Every reader is an oracle.

Every reading is an oracle.

Every tool for divination is an oracle.

The sacred space in which readings are performed is an oracle.

Depending on how we use it, the word “oracle” can refer to much of our sacred practice of divination and psychic work, or it can simply be a meaningless buzzword we erroneously use to make ourselves sound mystical.

We are oracles. We are mystical. Let’s honor our sacred history by learning to use this special word in keeping with its unique traditional meanings.

Words have power, even on a spiritual and mystical level. When we use the nomenclature of our ancient spiritual work correctly, we can harness that power.

Professional psychics are often portrayed as imprecise, silly, and stupid. The way we talk about our work, and our traditions, can either contribute to those unfortunate impressions, or change them.

← Four Tarot Suits, a New Relationship and a Tarot Journal Stereotyping Limits us All →