Hard Tarot Truths: The Death Card, Death, What We Sometimes Don’t See, and What it all Means 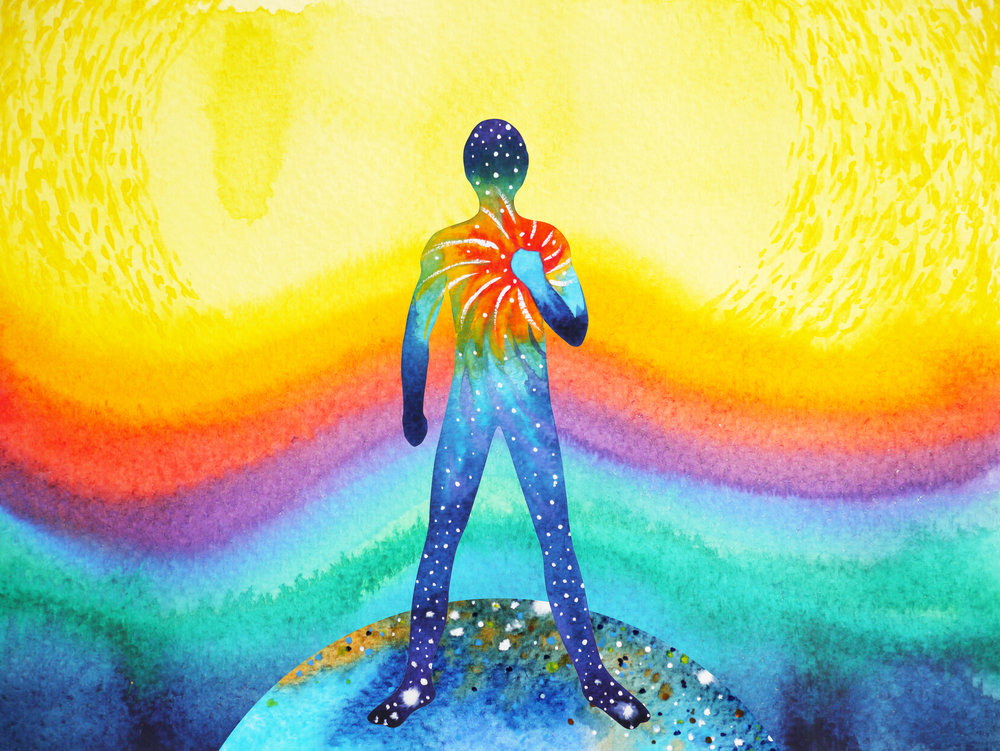 When I present a psychic gallery, I begin with a list of rules.  One of those rules is that I am willing to take questions about other people who aren’t in the room – living or dead. (Yes, tarot ethicists, I do third-party readings, but that’s for another discussion.)

The rule has a second part. I am willing to talk about other people living or dead, but you must tell me which they are. To me, the dead look a lot like the living, only happier.

This usually gets a laugh from the group. I don’t say it for the laugh, although I certainly use humor as a tool in giving readings in both individual and group settings.

A quarter century as a full-time reader has shown me my truth. To me, the energy of those in spirit and those still living is virtually indistinguishable. Except, as I said, the dead seem wiser, lighter, and happier in general.

Many people who fear tarot and choose not to get readings cite their worry of hearing about death (their own or someone else’s) as their primary reason for avoiding the cards.

Many fearful first-time clients implore me not to tell them “anything bad”. The unspoken request is that I avoid any conversation about impending death.

There is an actual “Death card” in tarot; Major Arcana 13, situated between the Hanged Man and Temperance. Many clients are quick to say, “Oh, I hope I don’t get the Death card!” not realizing that very often Death is the predictor of happy things like marriage, pregnancy and job change.

Tarot teachers generally preach that “Death doesn’t mean death”. Even the writers of The Simpsons episode “Lisa’s Wedding” knew this. When Lisa draws Major Arcana 13 prior to drawing the ‘Happy Squirrel card”, the reader dismisses Lisa’s concern about Death as we are all taught to do, saying simply that it “just means change”.

Many tarotists feel that whether or not Major Arcana 13 can speak of physical death, we readers shouldn’t. Because of this, we get very little training or practice in dealing with issues surrounding death unless we choose to seek training outside of our tarot community.

This is an odd dichotomy, since many tarotists are also psychic mediums (me included), in regular communication with the spirit world.

Moreover, our clientele expects us to be able to deftly handle issues around death and dying. It’s assumed we have special knowledge where these delicate matters are concerned.

The fact is, many of us do have special knowledge and ability regarding death and the spirit world. Many readers become aware of their gifts after a trauma or near-death experience gives them a peek at the ‘other side’.

Many psychic people are tormented by natural gifts which force them to see the death of those around them before it happens. Typically, these folks do not pursue psychic development, rather, they try to block their dark visions, generally with little success.

We tarotists seem to be mired in this dichotomy, in one breathe insisting that the Death card can’t mean actual death, and in the next referring to Major Arcana 13 as “THE DEATH CARD”. Do we call Major Arcana 11 “The Justice Card”, or Major Arcana 5 “The Hierophant Card”?

We seem to speak of Major Arcana 13 in exactly the ominous tones we claim it doesn’t merit. What our conversation dismisses our inflection highlights.

This is emblematic of our need, as tarot readers, to get more comfortable with Death the card, and death the conversation.

Each reader has a specific set of skills, and a personal relationship with the cards. One primary goal of a reader is to figure out exact how Spirit, and the cards, speaks to them uniquely.

It makes sense that we are taught to avoid discussion of physical death as we learn to read tarot. Regardless of what we feel psychically or might see in the cards, predicting someone’s death generally seems neither healing nor helpful.

Yet, death is a part of life. Our clients come to us to get help understanding all aspects of life, especially those things that are most mysterious and painful. Like death.

Somehow, we as readers must each navigate these issues in ways that feel ethical and helpful.

For me, helping a client process a death that has already happened, or even a diagnosed terminal illness, is a loving process for which I feel qualified. My sense of the spirit world is clear. My connection with those in spirit seems undeniable.

The harder issues for me come up around the prediction of death, or even prevention of death.

In my lengthy career, I have had a variety of different experiences around death. Some are exactly what you would expect of an experienced professional like me. I have been able to see and predict the timing of death when appropriate, or note a problem that, in retrospect, foreshadowed a death.

However, on some occasions, I just didn’t see it. It feels frustrating that, in a few readings, I can clearly see a person’s career problems and find in the cards and from the voice of Spirit brilliant workable solutions – but fail to see the profound tragedy that is looming just around the corner.

It happened in my own life.

There are quite a few people who have credited me with saving their lives by telling them to get to a doctor, or an auto mechanic, when I saw something dangerous in their cards.

Yet, my own mother’s lung cancer was stage 4 before it was diagnosed.

Why didn’t I see THAT coming early enough to do something to save her?

In my professional life the question is the same. How is it that I sent Client A to the doctor and her cancer was caught in the very early stages, but I didn’t see Client B’s impending heart attack? Why did I see that Jane’s daughter would drop out of school but didn’t see that Mary’s brother would be murdered?

When it comes to the actual cards that appear, for me death can show up in numerous ways, and rarely is it Major Arcana 13. I’ve seen death heralded by The Sun, the World, the Four of Swords and numerous other cards. But sometimes, I haven’t seen death at all, even when it was only days away.

Once I was reading for a person who is a good client and friend. We were discussing a relationship I didn’t see going anywhere for her. Just as the reading was ending she received a call on her cellphone telling her that the person we had just been discussing was killed in an auto accident.

I know I am not the only reader to occasionally be confused around the energy of death. In January 2007 Sylvia Browne, on the Montel Williams Show, told the parents of missing child Shawn Hornbeck that their child was dead. In fact, he was later recovered alive, having been held prisoner not too far from his home.

That Shawn’s parents kept looking for their son after the psychic suggested he was no longer living was a blessing, and a reminder to all of us to never lose hope, regardless of what we perceive, or what we see in the cards.

Yes, the cards never lie, and intuition is always a voice of truth. However, sometimes we interpret those cards, voices, and impressions poorly. And sometimes, the information is just not delivered to us.

These rare experiences where big-energy occurrences fail to register for us are valuable because they foster deeper exploration.  They ask us to consider carefully our powerlessness to pick and choose the information that is given to us in a reading.

These experiences, though not the norm at my tarot table, can be perplexing. These experiences ask us to contemplate what is true about tarot, and about when tarot allows us to perceive death, and when it doesn’t.

Here are six things I have come to believe to be true.

2. The Universe ultimately decides how much we need to know. In processing what I saw as my own failure to prevent my mother’s death I realized I hadn’t failed – it was neither my task nor my ability to prevent my mother’s death. However, sometimes it IS my task and ability to give someone information that could save their life. It’s not up to me when that happens. Like life and death itself, that power rests in hands greater than my own.

3. Major Arcana 13 really doesn’t specifically predict physical death, nor does any other card with any reliability. However, sometimes we do see death predicted in combinations of cards or single cards that strike us that way in a single reading.

4. Those who have passed on can often speak through the cards, allowing tarot readers to delve into mediumship experiences and deepen their skills. While death itself can be hard to pin down, the spirit world is most often very willing to share with us.

5. We tarot readers need to find better and deeper ways to train for and talk about all aspects of our clients’ lives, including the most difficult and dire. Our job is not just about prediction, entertainment and strategy. Often, we function in the capacity of priest or priestess, offering spiritual comfort and wisdom to those who are bereaved, and to those who are facing the challenges that make faith hardest to have.

I’ve come to believe that in each reading, the cards, our own skill, and the Universe work together to give us the information that is needed. We can muse and puzzle over why some information is given, and some is withheld.  From that rumination greater wisdom can be revealed.

Sometimes our own desire to not want to see something, or our own fear about how we might handle something difficult could block us from seeing an impending tragedy for ourselves or a client.

I think it is best to work toward compassionate detachment where we can see everything that is revealed without fear or judgement. I think we need to study and practice and learn how to handle the most difficult readings with skill and compassion.

However, I also know that sometimes it is hard to figure where our lack of skill ends and the Universe’s choice to reveal or hide information begins.

I think a good tarot reader must practice, study, meditate and learn as much as humanly possible in order to be worthy of the trust our clients place in us.

At the same time, we have to honor and accept our own humanity, and the power that always belongs with the Universe, and not with us.

I guess the bottom line is this. We see what we see. We can’t know why the Universe shows us some things and not others, but we can trust there is a reason. We can work to improve our skills and remove our biases and fears so that we can see all that is possible to see, and deliver it in a way that give help and comfort.

One great comfort I get from these experiences is this. If, very often, the spirit of a living person and the spirit of a dead person feel the same to me, death can’t really be that much of a big deal.

Of course, the death of a loved one is life-altering and tragic. Yet, on a spiritual level, the ripple a soul makes while passing from one world to the other is often so gentle as to not be perceived.

May our eventual passing, and that of our loved ones, be distant, and equally smooth. And, while we are here, may we tarotists work to give comfort and well as information, and to inspire faith rather than fear.